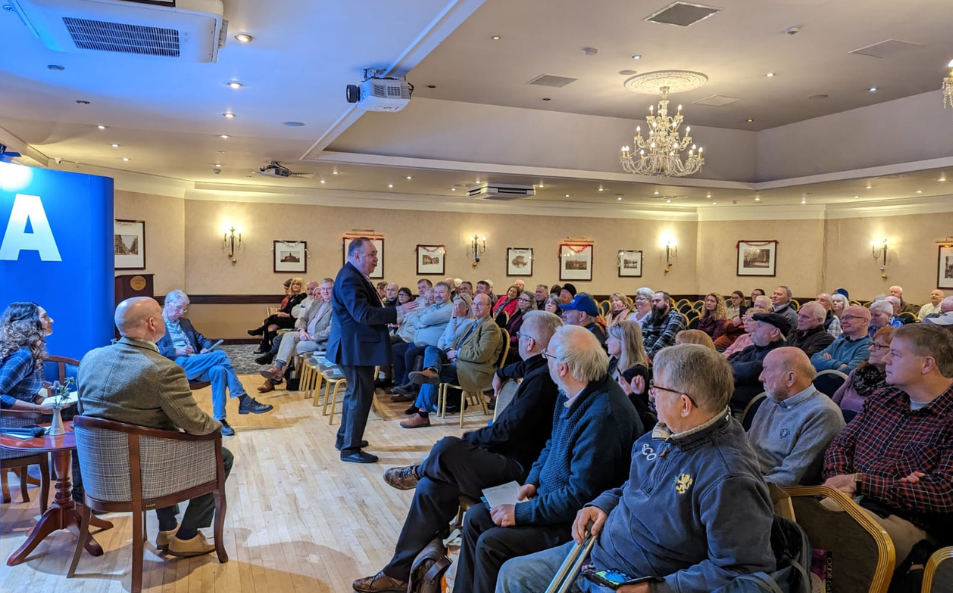 “People across Scotland now know more so than ever that Westminster is broken, it will continue to fail Scotland and put its own self-interest above that of the people. We have a clear choice – a new future with independence or to repeat the same old misery of the past with Westminster” said Salmond.

Alba Party’s Way forward for Scotland conference has begun today in Perth with a rallying call to start the day given by Alex Salmond.

The Former First Minister and Alba Party Leader used his opening remarks to set out tactics that can be used to address the current referendum roadblock being faced by the independence movement.

Mr Salmond highlighted that the current economic situation presented by Westminster has created a set of circumstances that can only continue to strengthen the independence argument.

Today’s conference has been attended by hundreds of members of the public. Alba Party decided to stage the event after the UK Supreme Court’s decision that the Scottish Parliament did not have the power to hold an independence referendum.